Venus Williams, Doug Adler, and the trouble with language. 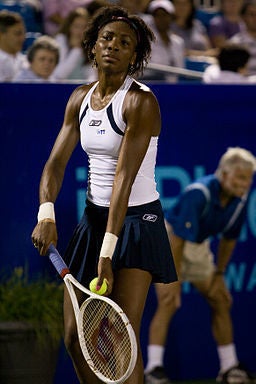 During the Australian Open, ESPN announcer Doug Adler said that Venus Williams was employing a “gorilla/guerilla effect” during her match. Which of those words he meant to say is significant because describing an African American as a “gorilla” is racist.  Whereas, according to Mr. Adler, “guerilla” is a commonly used tennis term.   Needless to say, the accusation that Mr. Adler meant and said “gorilla” set off an internet firestorm that we are becoming more and more accustomed to seeing.  His duties were, thereafter, removed.  You can read more about that here.

Mr. Adler is now suing ESPN, in California, for wrongful termination and negligent and intentional infliction of emotional distress.

How would this type of lawsuit fly in New York?  Not well, would be our take.

First of all, there is really no such thing as “wrongful termination”.  There are illegal terminations that violate statutes like discrimination or retaliation or.  And there are breach of contract cases when employees are fired in violation of an employment agreement.  But there is no generalized “wrongful termination” based on your employer making a mistake or treating you unfairly.  As employment lawyers like to say, in an at-will employment state like New York, you can be fired because your boss doesn't like what color tie you are wearing.

So, if Mr. Adler did not have an employment contract, he is likely out of luck on the “wrongful termination” claim.  Even when an employee does have a claim for an illegal termination, say, for example, race discrimination, the law still gives a lot of deference to an employer's “legitimate nondiscriminatory reason” for the termination.

Cases say that, even a mistaken nondiscriminatory reason (such as, here, thinking Mr. Adler said “gorilla” when he [allegedly] really said “guerilla”) would be enough to meet an employer's burden to show a “legal” reason for the termination.  (In a discrimination case, the employee would then have the burden of showing that the reason was really pretext (or made up) for discrimination).

Employees have also attempted to sue wrongful termination and defamation cases on a scapegoating theory – meaning the employer terminated someone who did nothing wrong to scapegoat them for an issue that was not really the employee's fault.  Mr. Adler seems to be alleging something along those lines by claiming that ESPN fired him to save face in light of the internet backlash.  Unfortunately, as a general matter, this is not illegal.

With respect to the negligent and intentional infliction of emotional distress claims, these are unlikely to fly under New York law.  The negligence claim doesn't really apply in the employment context – these claims are typically accompanied by physical injuries or apply when someone is in a zone of danger (i.e., you are walking with your child and your child is hit by a car).  And the intentional claim is probably one of the most difficult claims to succeed on in New York because you need to show truly “outrageous” conduct.  Firing someone, even if based on a mistake, is unlikely to rise to the level of extreme and outrageous conduct.

Questions?  Contact us today or, for an immediate case review, complete our online employment questionnaire.