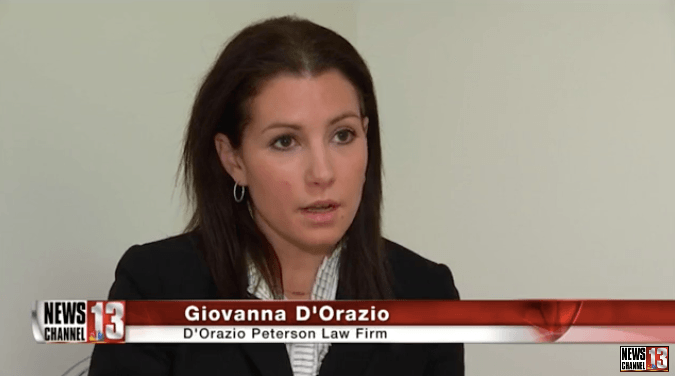 Title VII applies to federally protect employees of companies with 15 or more employees, and it allows the successful employee to recover damages including:

Title VII does not allow an employee to immediately go to court and file a lawsuit for sexual harassment.  Instead, it requires the employee to “exhaust her administrative remedies” – in other words the employee must file a complaint with the EEOC (link) before going to court.  If the EEOC has not resolved the case in six months, the employee can request a “right to sue” letter and file the case in federal court (link).

Unlike Title VII, the New York Human Rights law does not require victims of sexual harassment to file an administrative claim before proceeding with a lawsuit.  In fact, in New York, a sexual harassment plaintiff may either file a complaint with the NYS Division of Human Rights, or proceed directly to state court for a lawsuit.

Practically there are significant differences (link) between the Division of Human Rights and State or Federal Court, and it is critical to consider them before taking any action.  Often, for example, we will file a complaint with the EEOC, with the understanding that we will then pursue both the federal and state law sexual harassment claims in Federal Court.

Dealing with Sexual Harassment at work

Far too often we hear from women who have been dealing with long-term sexual harassment in the workplace. Many times, they have made some effort to complain, but it has been rebuffed – particularly in male dominated work environments whether it's the firehouse or the boardroom. Here are three things you should do if you are sexually harassed at work.

Nowadays most companies have employment or workplace handbooks. Typically, these handbooks will lay out in some fashion the method for registering complaints of workplace sexual harassment. As an employee, you need to be aware of this.

A common defense that we see from employers in sexual harassment cases is that the employee “failed to take advantage of workplace complaint procedures.” This is an actual legal defense, so if your company has a policy, be sure you are aware of and follow it.

This should go without saying but it often does not. When you make a complaint – and you must make a complaint, make it in writing. We have seen far too many cases of victims of sexual harassment who made verbal complaints that are no longer remembered by anyone at the company.

Laws protecting victims of sexual harassment generally have very strict timelines for filing notice of potential claims and/or making complaints, and this will vary depending upon the employer. A firefighter or police officer complaining of sexual harassment, for example, may want to file a Notice of Claim with the municipality – which has a very small window. Other laws require filing a complaint with an administrative agency (the New York State Division of Human Rights or Equal Employment Opportunity Commission, for example) prior to filing any type of sexual harassment lawsuit.

If you miss the deadline to file a claim you may forfeit any right to bring a claim down the road. We often see victims who have undergone months and even years of sexual harassment before taking action. This is common. Nevertheless, keep in mind that if you are harassed you may wish to take action sooner than later, to preserve your rights.

The three steps above are by no means exhaustive steps for a victim of sexual harassment in New York, but if you are being harassed in the workplace they are a good place to start.

The “Blame the Victim” Defense

We tell you this not to frighten you.  To the contrary we have fought off this absurd defense on several occasions.   We do, however, want you to be aware that making a complaint for sexual harassment (or any discrimination complaint, really), will to some degree open you up to claims about your past.  Our job is to fight back against these ridiculous and antiquated ideas and protect you.  We take this task very seriously.

If you have questions about a sexual harassment lawsuit in New York give us a call, we are always happy to help.