Generally speaking, the owner of property has a legal obligation to maintain that property in a safe and reasonable condition.  Safe and reasonable can mean many different things, of course, but when an owner fails to properly maintain his or her property, and someone is injured, the injured party may have the right to bring a claim or a lawsuit for premises liability.

The failure to maintain your property in a reasonably safe condition under the circumstance can give rise to a lawsuit for negligence.

New York State law does, however, allow for consideration of the negligence of other parties, including the injured party.  So, for example, if someone trips on a pipe that was right in front of them, a court or jury could determine that the owner of the property was 50% at fault for having failed to move the pipe, and that the injured party was also 50% at fault for not seeing the pipe or walking around it.  This is called comparative fault or comparative negligence, and in this case any award that the injured party received would be reduced by 50%.

During a snowstorm, owners are generally relieved of the obligation to immediately clear snow or ice from sidewalks, driveways, etc.  This is called the “storm in progress” doctrine.  However, once the storm has subsided, the owner is obligated to take measures to clear the walkways.  If the owner fails to do so, or makes things worse by poorly clearing the property, and someone falls, the owner may be liable for negligence.

Homeowner's insurance typically protects property owners when someone is injured because of a slip and fall on snow or ice, so injured parties are generally able to recover where there has been negligence on the part of the property owner.

Negligence cases require both a duty and breach of that duty.  Landowners have a duty to maintain their premises in a reasonable safe condition.  But dangerous conditions are not always going to give rise to a claim for negligence.

Some Notice is Generally Required

The Landowner Must Breach its Duty

Once an owner knows or should know of a dangerous condition, the question is whether the landowner did enough to fulfill its duty to deal with the situation and maintain its property in a safe condition.  When the landowner does absolutely nothing, we have a better argument that it breached its duty of care, unless what we are claiming the landowner should have done is completely beyond the scope of its duty.  For example, some cases will not impose an obligation on a landowner to fully light an area of its property even if theoretically the darkness could pose a danger.  When the landowner has undertaken some efforts to remedy a dangerous condition, the argument also may become more difficult.  For example, you slipped on ice but the landowner had salted the area.  It may be that this was sufficient to meet the landowner's duty.  It all depends on the specific facts of the case. 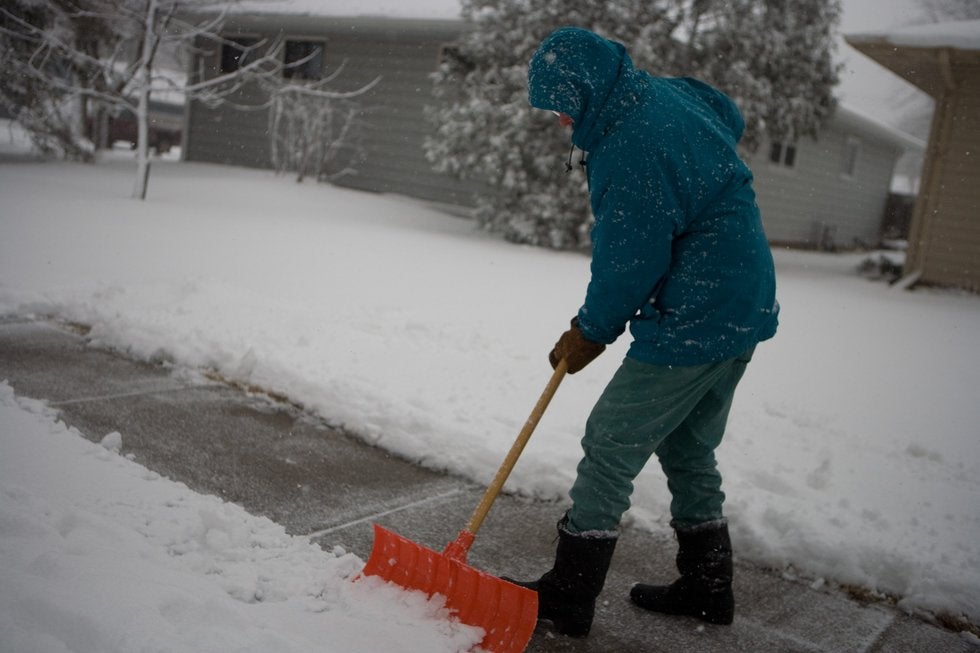 A homeowner must take reasonable care to keep property safe

These damages are meant to compensate the injured person for the physical injuries that they have suffered from the accident.  This includes pain from broken bones or other medical injuries including surgeries and, in the worst-case, pain and suffering through death.

Victims of property accidents are entitled to recover for the mental anguish suffered as a result of the accident.  This can include flashbacks, depression and anxiety, Post Traumatic Stress Disorder or any other emotional distress that is related to the accident. As with pain and suffering, mental anguish damages are broken down into damages for the past, and damages into the future.

An individual who has been injured in a property accident because of the negligence of the owner is entitled to an award for any paid and future medical expenses associated with the injury.  This often includes medical bills, hospital treatments and follow up care, and can also include things such as wheelchairs and future medical devices or modifications to the home such as installation of ramps.

When someone is injured because of negligence of a property owner, serious injuries often result.  These injuries often lead to the inability of the individual to work, occasionally for long periods of time.  This is particularly true in cases involving a head injury or traumatic brain injury, which is unfortunately all too common in accidents.

When an accident victim is unable to work, he or she is entitled to be compensated both for lost wages to date, as well as for lost wages or earning capacity into the future for as long as he or she can be expected to be out of work.  In cases involving head injuries or traumatic brain injuries following a property accident, this can be significant.

In the event that an individual is killed because of a property accident, his or her Estate is entitled to recover for the loss, which includes funeral expenses.

Punitive damages are meant to punish a wrongdoer, and in many cases to set an example to society that the conduct was so wrong that we will punish the person for having acted that way.  Punitive damages are discretionary, and are generally only awarded in the most extreme cases involving severely egregious acts by the wrongdoer that border on intentional. It is unlikely that punitive damages would be recoverable in a premises liability case.

The spouse of an injured person is entitled to bring a separate claim for the loss of services, society and companionship of the injured person.  So, if your injury results in your inability to fully participate in your marriage (including from a sexual relationship standpoint) or to perform household duties, that is an item of damages that can be recovered by your spouse.

If the injured party dies, and his or her surviving spouse or dependents suffer a financial loss because of the death (the most common example being a spouse supporting the other spouse and children), that loss of financial support is compensable as part of a wrongful death claim.  The pain and suffering or other damages sustained by the individual prior to his or her death would also be recoverable in the same action in what we refer to as the “survival” claim.

At the present time, New York State does not cap damage awards in accidents that occur on property.  This means that an individual is entitled to be compensated for the full amount of their damages, less any reduction for their own fault in causing the accident.

An injury from a property accident can be devastating to a family.  Bills, inability to work and mental anguish can be overwhelming.  We deal with families in distress, and are happy to help you get through this difficult time.  Contact us today. Or, for an immediate confidential case evaluation, complete our online questionnaire here.

The mid-level appeals court in New York (the Appellate Division Third Department) issued a favorable decision for our slip and fall client in Drake v. Sagbolt, LLC, 112 A.D.3d 1132 (3d Dep't 2013) (Giovanna A. D'Orazio, argued). In this case, our client slipped and fell on an icy walkway which had not been cleared or closed for the winter. The defendant argued that the property itself was closed for the winter, but there were no signs or barriers which would have alerted a member of the public that they were not permitted to enter the premises. The Court agreed with our argument that the defendant had a duty to warn of hidden dangers or to adequately close the property. After this win, we were able to secure a favorable settlement for our client. (Prior results do not guarantee similar outcomes.)