Effective January 19, 2016, the New York State Human Rights Law now requires employers to consider reasonable accommodations for pregnancy related conditions.   This law closes a loophole in federal law which, despite a favorable decision by the United States Supreme Court in 2015, does not explicitly require employers to provide reasonable accommodations to pregnant women who are not considered to be disabled under the Americans with Disabilities Act.

In this case, the Plaintiff Young, a pregnant female delivery driver for UPS, requested light duty per order of her doctor because it was recommended that she not lift over 20 pounds. UPS denied her request (and required her to go on unpaid leave) due to a policy that only permitted light duty accommodations to individuals who had been hurt on the job, had disabilities within the meaning of the Americans with Disabilities Act (ADA,) or had lost their drivers' licenses.

The last category of people—those who lost their drivers' licenses—included those who had lost such license because of a DUI. You can imagine that UPS had a PR problem once the word got out that it treats pregnant workers worse than drunk drivers. Not surprisingly, UPS has since changed its policy. But, in the context of the lawsuit, it continued to claim that the policy was legal and did not violate the PDA's requirement that pregnant workers be treated the same as other individuals “similar in their ability or inability to work.”

The Fourth Circuit Appeals Court agreed with UPS and dismissed the plaintiff's case prior to trial. The Supreme Court, however, sided with the pregnant worker and found that, under the circumstances of that case, there was sufficient proof that UPS's light duty policy was discriminatory against pregnant employees to allow the case to proceed to trial. You can read our full analysis of the decision here.

While this case was viewed as a “win” for pregnant women, the Supreme Court did not hold that pregnant women are entitled to reasonable accommodations whenever they are offered for others and it also called into question 2014 EEOC regulations which appeared to require employers to provide accommodations to pregnant workers. This is because the Pregnancy Discrimination Act does not explicitly require accommodations, as does the Americans with Disabilities Act.

EEOC Regulations and the Loophole in Federal Law

In July 2014, the EEOC issued guidelines with respect to pregnancy discrimination. Although the overall tone encourages employers to provide accommodations to pregnant women, there is still no law explicitly requiring accommodations to a woman simply because she is pregnant. In the context of reasonable accommodations, the EEOC appears to continue to rely on the ADA's requirement of a disability—although it repeatedly emphasizes that the ADA definition of a disability is very broad. This continues to create a loophole because, for example, a lifting restriction or encouragement by a doctor to carry a water bottle is not necessarily connected to a pregnancy-related medical issue that rises to the level of a disability under the ADA. Therefore, under the current state of federal law, as long as an employer is treating non-disabled pregnant women the same as non-disabled-non-pregnant employees (the argument UPS was making to the Supreme Court) there will continue to be instances where women lose their jobs because they are pregnant. 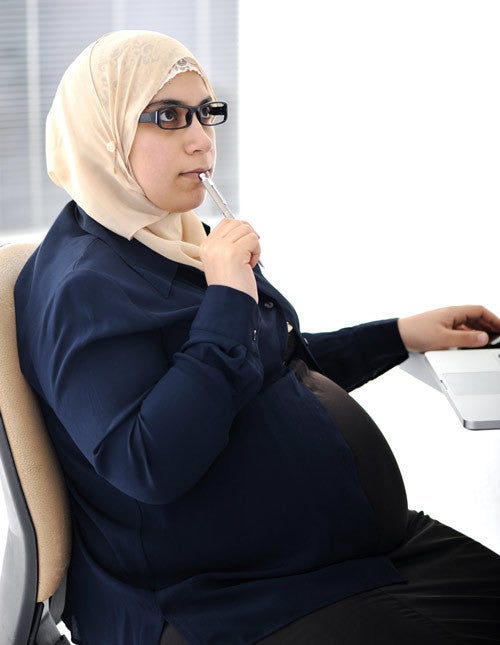 Some do not view this is as a problem because they view pregnancy as a choice. The argument goes something like “Why should pregnant women receive accommodations that non-pregnant employees are not entitled to when a woman is pregnant by choice but a man who got injured off the job may have been struck by a car through no fault of his own?” Although there are a myriad of counter-arguments (and factual scenarios) that could be raised in response, one particular issue is the fact that men are rewarded in the workplace for having children. Fathers earn more and are viewed as more stable by employers, whereas exactly the opposite is true for mothers. (Check out our blog post about the “motherhood penalty” here.) So assuming pregnancy is a “choice”, this means that when a father and mother make that choice together, only the woman is penalized. Not only in her pay and ability to get a job in the first place, but also because of the physical restrictions that can come along with any healthy pregnancy. Something is not right with this picture.

What can Pregnant Women do to Protect Themselves?

Luckily, women in New York are now entitled to reasonable accommodations for pregnancy related conditions. This is not absolute and an employer may demonstrate that a requested accommodation would create an undue hardship, but at least this closes the loophole in federal law and does not require a “condition” to rise to the level of an ADA disability.

But under either NY or Federal law, there are steps a pregnant woman should take to protect herself if she needs an accommodation. Any accommodations should be formally requested with a doctor's note.  If you work for a larger employer (with 50 or more employees), the Family and Medical Leave Act (FMLA) also may come into play.  If your issue is not necessarily a disability but is a “serious health condition” under the FMLA, the FMLA allows up to 12 weeks of leave to deal with such conditions.  While pregnancy alone is not a serious health condition, a medical complication or an issue like severe morning sickness may be.  The FMLA also allows time off for prenatal appointments. Leave under the FMLA should be formally requested.  The FMLA will protect your job while you are out of work and it is possible to take FMLA leave in small increments.  The problem is that employees are only entitled to 12 weeks of unpaid leave per year.  This means that if you take time off before you have your baby, your maternity leave once you actually give birth can be shortened (most women only receive the 12 weeks required by the FMLA after they have a baby).

If You've Been Discriminated Against, Contact Our Attorneys for a Free Consultation

At D'Orazio Peterson, we are committed to combatting pregnancy discrimination throughout the state of New York. From our headquarters in Saratoga Springs, we serve residents from Albany to Manhattan and beyond. If you believe you have been the victim of pregnancy discrimination at your job, please call us today for a free confidential, no-obligation consultation.