What the horse track tells us about dog ownership 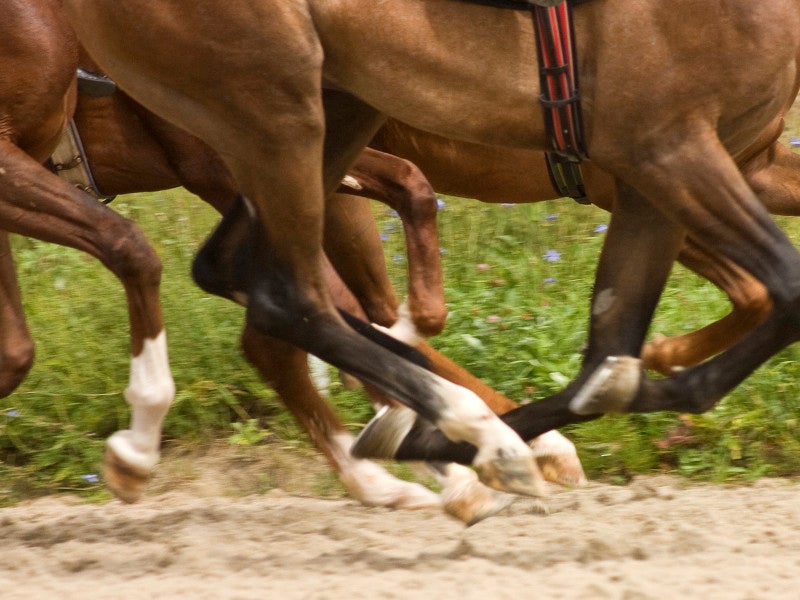 We live and have an office in Saratoga Springs, where today is opening day of the Saratoga Race Course, one of the oldest horse racing venues in the United States.  It's a day that is long anticipated locally, as it brings quite a bit of business to the City.  Plus, my kids love our Sunday mornings during track season, when we get coffee and bagels and take them to watch the horses warm up around the track.

The track opening this year reminded us of a case that we just resolved, for a nice young woman who was kicked by a show horse.  This woman suffered a very significant injury and, given the aggression with which the horse attacked her, is lucky to be alive.  In her case the horse had, we discovered, a history of having attempted to kick other people.

Now, most of us don't own horses (although my daughter would love it if we did).  Many of us do however own dogs, myself included.  So I thought this might be a good opportunity to remind our readers to take some precautions with their pets.

Vicious Propensity and You

New York law can be pretty tough on owners of “domestic” animals (which include dogs and horses).  The Courts have said that if an owner of a dog is aware of the animal's “vicious propensities”, and that dog bites someone, the owner is responsible.  Period.  This is called strict liability.

The saying used to be that an owner of a dog got “one free bite” – in other words if your dog bit someone once you were likely not at fault, but the second time you likely were.  To be safe, however, I would suggest that you not wait for that free bite.

Vicious propensities can also mean significant aggression.  Does the dog have a history of aggressively barking at children when they come over?  Have you had to hold it back from attacking someone before?  If so this could be considered “vicious” and open you up to liability if the dog were to bite someone.

But, you say, it wasn't my dog's fault – that little kid at the birthday party grabbed onto his face and was bothering him.  Doesn't matter.  The courts in New York generally say that once you know of the “vicious propensities” of the animal the burden is on you to be sure that the dog is not placed in situations where it could, for all intents and purposes, act like a dog.

So what's the solution, stop having dogs as pets?  Of course not.  Our bulldog Sam just turned 10 this month, and I couldn't imagine our house without him around, trying to take my son's peanut butter sandwich.  Instead, as with most things, be vigilant.  It's funny (sometimes) when Sam tries to take my son's food, but it would not be funny if he did that to another child.  So we take steps to avoid that.  If you think your animal has shown signs of viciousness, or aggression, do what is necessary to prevent that animal from acting out towards others.  If the situation gets bad rethink whether the pet should be around.  It's a tough decision, but one that could save you time, money and head/heartache.